“Forget About the Losses, You Exaggerate the Wins” – Jackson Browne

Anyone with children clearly knows that they are in our lives to teach us, not the other way around.

Our youngest, who’s five, played football for the first time this fall. It was so much more intense than we could ever imagine. In addition to the 7:30 am arrival time for Saturday morning games that were often 45 min away, our little Ben was consistently out there blocking kids twice his size.

The great thing about Ben though is that he isn’t fazed by things like that. It doesn’t matter to him that the kids are bigger than him and often push him down. His job is to get the flag of the guy with the ball and God bless him, he’s not about to let anyone stand in the way.

One of his best plays of the season was when he got the other team’s flag at 4th and goal forcing them to punt (or whatever 5-year olds to do when they turn it over on downs). You would have thought he had just won the Super Bowl. He started high-fiving everyone and when he ran out of people on the field, he came off to the sidelines and starting high-fiving everyone there.

Now I should mention that this is a new league where we live, which meant the kids on Ben’s team were younger, smaller and newer to the game than most of the other teams they played. Which of course translated to what was often a blow out victory by the other team.

Inevitably, at the end of each game, my husband and I would cringe for the moment when Ben would look up at us enthusiastically and ask, “Did we win?”

After about two weeks of dodging the question, we finally started answering him, reminding him that what was important was to have fun and try his best (and of course, my constant admonishment to be safe).

Amazingly, regardless of what we told Ben about the final score, he would walk around the rest of the day telling anyone in his path that he won his football game that day.

At first, we would correct him and remind him again, that it wasn’t about winning or losing, but rather about having fun and working hard. After several weeks of Ben still denying that his team lost every week, we started to get concerned.

Pretty soon, however, we started to realize that maybe Ben was onto something. Does it really matter what the score was in reality, if our son is happy and wants to think he really did win? Is it about pushing reality in his face, or ultimately, is it his psychology – and confidence – that’s more important in the long run?

How often do we, as adults, beat ourselves up and tell ourselves we lost, when in fact we really did win? Or, we focus on what we didn’t do perfectly, rather than what was right?

By Ben’s perception, he really did win. He tried hard, he had fun, he stayed safe and he was a good sport. After all, that’s what we had really been trying to teach him all season.

So who are we to say that he has to say he won or lost by our rules or perception?

Now that the season has ended, we realize that maybe we are the ones taking away the bigger lessons from it. In fact, I’m really proud to tell you that my son won all of his football games this season.

(Jackson Browne quote from “The Road,” with lyrics by Danny O’Keefe.)

There’s No Failure, Only Data

The 7 Worst Mistakes You Can Make with Your Content Strategy

What You Need to “Wow” Your Audience with Your Signature Talk 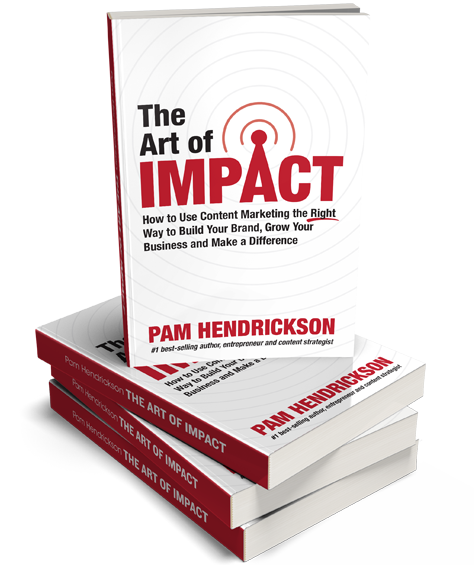 Discover how to create impactful content that builds your brand, grows your business and makes a difference Order it on Amazon